People and Organisations United for Spina Bifida and Hydrocephalus

Home > About Us > Our leadership > Scott Montgomery 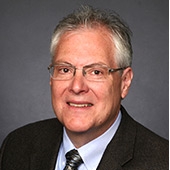 In 2002 Worldwide Citrus was added to Scott’s responsibilities. Scott was seconded to Allied Mills, a joint venture acquisition in Australia, for just short of a year in October 2002 as General Manager. He then returned to the United Sates as Vice President, Dry Milling/Citrus Operations.